Podcast and The Stories

“You’re influence is never neutral, go out and make a difference because you either leave a positive or negative impact on everyone you work with each day.”

“You’re never too big to do all the little things that it takes to be great.” 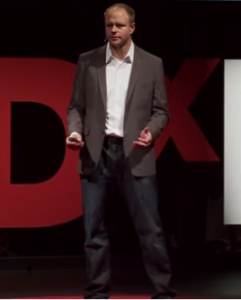 John is the founder of “Changing the Game Project.” Their mission is to ensure that we return youth sports to our children, and put the ‘play’ back in ‘play ball.’

John is a soccer player and a coach at the youth, high school, and professional levels, the author of two books, Changing the Game: The Parents Guide to Raising Happy, High Performing Athletes and Giving Youth Sports Back to Our Kids and Every Moment Matters: How the World’s Best Coaches Inspire Their Athletes and Build Championship Teams 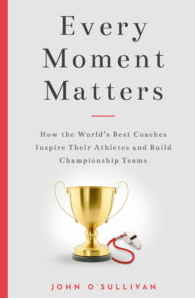 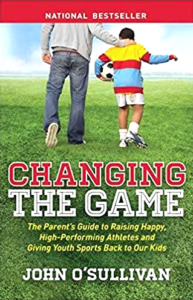 He is the host of the Way of Champions Podcast, and a speaker to many teams and organizations around the world. 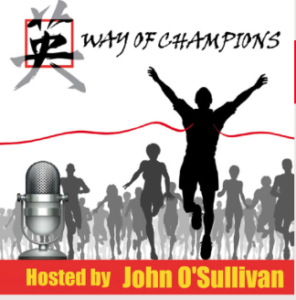 “Sports teaches you a lot…Being humble can take you really far.”

Brianna Decker is a member of the US Women’s Hockey Team, coach for the U18 Women’s Team, and creator of an endowment fund to help grow the game of hockey for girls in Wisconsin.

Brianna won a gold medal with the team at the 2018 Winter Olympics, but that is one accomplishment in a series of achievements on and off the ice.

I think you will enjoy the insight from Brianna on hockey, sports, and helping others.

This episode is sponsored by us, The Foundations of Sports, and our new Podcast Teammate Program. Podcasting is a great way to connect, network, build relationships, and increase awareness about your team, organization or product. According to Edison Research, in 2020, over an estimated 155 million people listened to a podcast in the US.  Whether you are a sports team looking to reach more fans, an organization looking to bring more awareness to your mission, or you might be someone with unique knowledge or a special skill looking to network, podcasting is a tool that can help bring you, your team, and your career to the next level. Contact us for further information on how we can can launch and improve your podcast.

Dan is going on his 18th year as a Major League Baseball Umpire. In this episode, we discuss

This episode is sponsored by us, The Foundations of Sports, and our new Podcast Leadoff Program. According to Edison Research, in 2019, over an estimated 144 million people listen to a podcast in the US. Podcasting is a great way to connect, network, build relationships, and get the word out about your mission, team, organization or product. Allow us to teach you a simple, nuts and bolts approach to starting your podcast…..From developing an idea for your show all the way through recording and downloading your 1st episode, we can develop your blueprint that will get you up and running. Contact us at for further information….

“Sometimes you have to tighten up your cleats and challenge yourself” – Beasley Reece – NFL Alumni Association CEO, Player, and Broadcaster 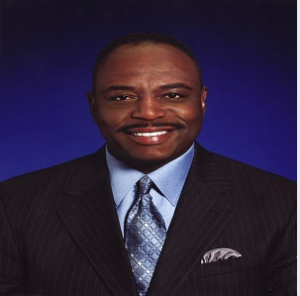 Beasley played college football at North Texas and was drafted by the Dallas Cowboys. He then played for the New York Football Giants, and finished his career with the Tampa Bay Buccaneers. After the NFL, he went onto a 35-year broadcasting career and is now currently the CEO of the NFL Alumni Association.

In this episode, Beasley speaks about his journey in the game of football, broadcasting and life:

Pat Williams is the Co-Founder of the Orlando Magic, and the author of over 100 books, including his most recent, “Character Carved in the Stone”

In the episode, we discuss how a visit to speak the athletes at the United States Military Academy led to a visit to Trophy Point, and the inspiration for his book, based on 12 granite benches, each with a leadership virtue. 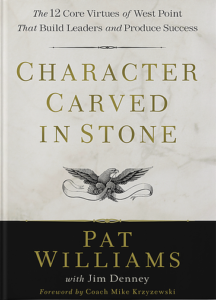 Pat speaks about his career as a baseball player with Wake Forest University and the Philadelphia Phillies organization, and more specifically a Catcher, and how that helped develop the foundation for his leadership.

He talks about how the NBA granted an expansion franchise to Orlando, and how the Orlando Magic Youth Foundation are “difference makers off the court.”

From John Wooden, to the importance of reading, and his battle with cancer, Pat provided great insight into his journey and the lessons learned in sports.

Visit us at Foundations of Sports for further information on what we do and our mission of providing positive sports stories and the lessons of character, hard work, and humility that develop a championship team on and off the field.

Coach Johnny Parker is not only one of the best Strength and Conditioning Coaches in the World, but also one of the most humble coaches in all of sports. He helped his teams win 3 Super Bowl Championships on the field, but he made an even greater impact off the field with his players.

After graduating the University of Mississippi, Coach Johnny Parker started his journey in coaching at Indianola Academy.  He coached 10 years at the NCAA level, where he became the first Strength and Conditioning Coach in the Big 10 under Coach Lee Corso and Coach Bobby Knight. His time at the Collegiate Level included South Carolina, LSU, and his alma mater, University of Mississippi.

He worked in the NFL for 21 years, and helped the New York Football Giants win Super Bowls in 1986 and 1990 under Coach Bill Parcells. He then coached with the New England Patriots, followed by helping the Tampa Bay Buccaneers win their first Super Bowl in 2003, and then to the San Francisco 49ers.

In the episode, we talk about a life changing moment while coaching basketball that set the foundation for his coaching career. Coach Parker discusses his time at the Collegiate Level, including working with Coach Corso and Coach Knight at Indiana University.

He then speaks about his time with the New York Football Giants, and shares insight into the the characteristics of the coaches and players that made those teams so successful.

We also discuss how trips to Russia and Staten Island, NY, made him a better strength coach for his players. As a way of giving back, Coach Parker, along with Coach Al Miller, Rob Panariello, and Jeremy Hall authored the book called “The System: Soviet Periodization Adapted for the American Strength Coach.” This is a book that contains decades of knowledge with a common sense approach to strength and conditioning. In the episode, he speaks about what the “Eye of the Coach” means, and how this perspective of focus and detail can help anyone looking to become better, as well as help their players improve on and off the field. 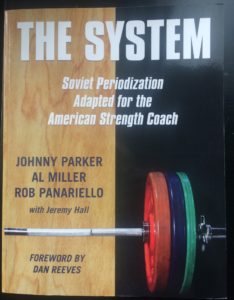 He discusses the role of mentors, and speaks about three coaches that made a tremendous impact on his career: Alvin Roy, Louis Riecke, and Clyde Emrich. In turn, Coach Parker has become a mentor to so many many coaches and players.

Throughout the interview, Coach Parker provides so many words of wisdom, from “toughness is ignoring the uncontrollables, dominate the controllables” to describing how the practice roof was the sky, and lifting weights outside because that is the conditions you play in, all reflect his outlook of hard work and laser-like focus. His humility and character can be summarized by his statement, “coaches have an opportunity to help kids believe in themselves, and that they can help kids dreams come through.”

Thank you to our listeners for your support during Season # 1 of the Foundations of Sports Podcast. We are grateful for your support, and we are looking forward to the upcoming season. We want to say thanks to all of our guests in Season # 1, who believed in our gamelan of positivity and character in sports, and who provided great insight, knowledge, and stories for anyone looking to get better.

In the upcoming season, our first episode is with Coach Johnny Parker, not only one of the best strength and conditioning coaches in the world, but one of the most humble coaches in all of sports.

In the upcoming interviews, we find out how you can win championships on and, more importantly, off the field, through character, hard work, and humility. We look at what it means to be a team, and what it means to help others through sports.

Looking forward to a great season ahead, thank you for listening. 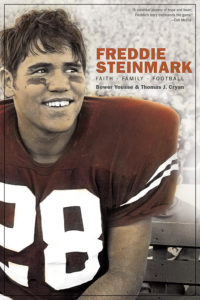 There are some people who leave a legacy forever. Freddie Steinmark was part of the University of Texas Football team that won the 1969 National Championship game. Freddie’s play on the field was defined by leadership, hard work, and playing for his teammates. 6 days after that game, Freddie’s leg was amputated, and his battle with cancer had begun.

Bower Yousse, high school teammate, and childhood and family friend of Freddie, joins us for this episode to discuss Freddie’s life, and the impact he had on so many. He talks about how Freddie conducted himself at school, as well as on and off the field, with class and dignity. He was one of the Captains of the team and set an example by his actions. 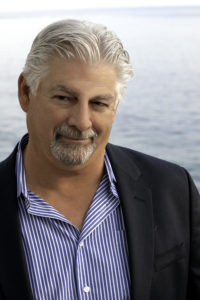 He takes us through Freddie’s journey from his love and caring of his family, to his high school football games, to being recruited by University of Texas after Coach Royal saw only 13.3 seconds of tape, to his National Championship run, to his diagnosis and battle that he took head on with toughness and courage.

For more information on Freddie, Bower, and the book, visit www.freddiejoesteinmark.com

Visit us at Foundations of Sports for further information on our mission of providing positive sports stories and the people who make an impact on and off the field.

If you like the episode, please share with a family member or friend, and leave us a rating and review on the Apple Podcast app.

Discover the people in sports who have a positive impact on and off the field.